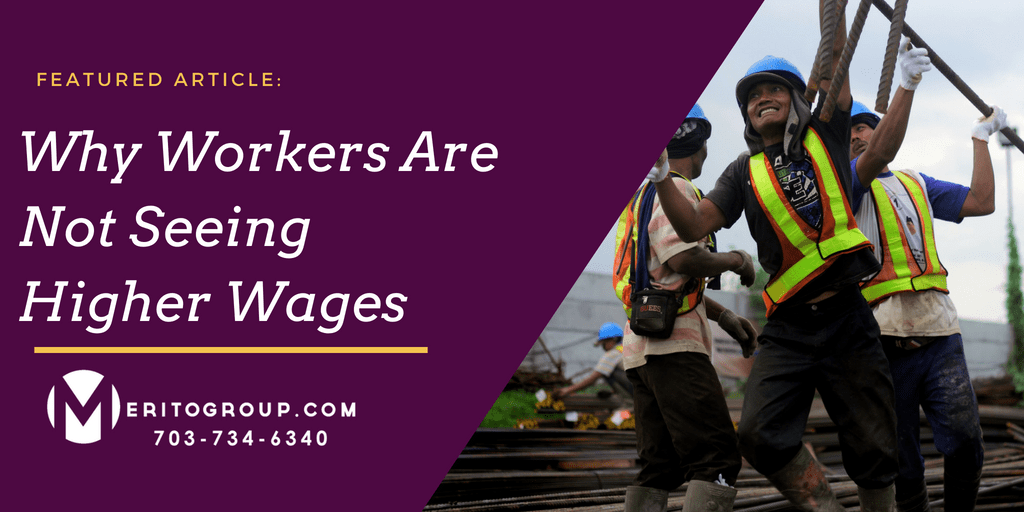 Merito Group is a boutique recruitment firm based in the Washington D.C. Metro Area who strongly values employee and client satisfaction in the placement process. We understand that the labor market strongly influences job openings and wages.

The U.S. economy added 213,000 jobs in June, the Labor Department reported Friday, as the unemployment rate rose to four percent.

The small increase in unemployment — up from 3.8 percent in May — appears to be the result of more Americans searching for work, according to Labor Department figures released Friday.

The labor force expanded by 601,000 jobs over the month, with an influx of new women and teen workers more than offsetting a dip in labor force participation among men, said Gregory Daco of Oxford Economics.

Job openings are at record highs, meaning many of the job seekers are likely to find employment soon. Many experts still predict the unemployment rate will fall further by the end of the year to the lowest level since 1969.

Despite the low unemployment and struggles to find workers, companies still appear hesitant to significantly raise pay in many industries. Average hourly earnings are 2.7 percent higher than a year ago, a lackluster pace compared to past eras of healthy job growth when wages were rising at 3.5 percent or more a year.

“It’s not your father’s labor market anymore,” said Diane Swonk, chief economist at Grant Thornton. “Clearly there are some sectors like trucking where wages are going up, but warehousing wages really collapsed and are only now just $12 or $13 an hour.”

The economy continues to show many signs of strength despite the brewing trade war. Wall Street welcomed the employment gains, sending the Standard & Poor’s 500 up 0.9 percent on Friday. The Labor Department also revised its estimates for job growth in May, going from a previous estimate of 233,000 new jobs to 244,000 jobs new jobs. The department also boosted its estimate for April job growth up to 175,000 — up from an earlier assessment of 159,000.

Click here to read more of The Washington Post’s analysis about the intriguing labor marketing conditions and what that means for your salary.