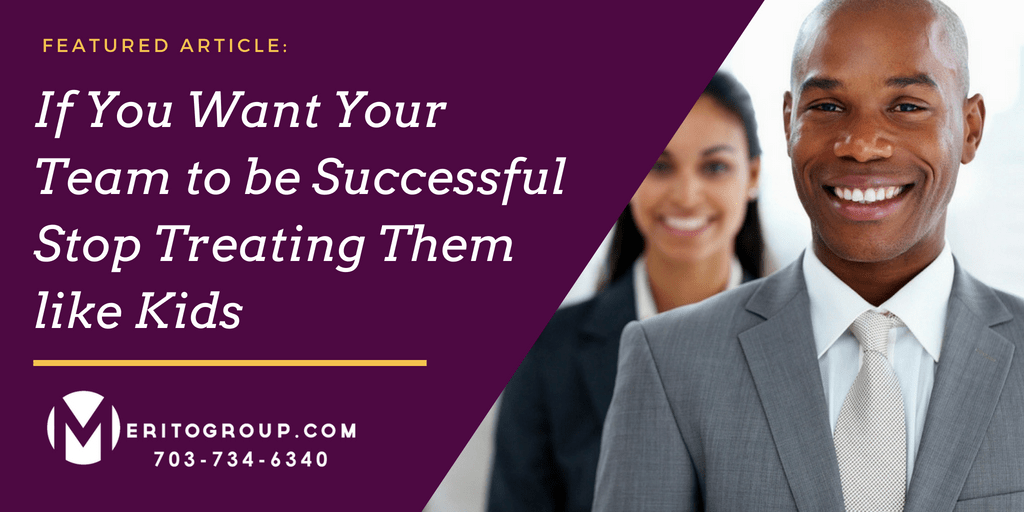 To take the next step up the career ladder, it is usual to be asked to take charge of a team. Managing people requires different skills than what you are probably used to. After all, you must begin to draw a line in between being a friend and being a leader to people you have probably worked with for years. It is easy to make the mistake of micromanaging your team and resorting to being a parent to children rather than being a manager to adults, making your workers feel belittled and ultimately unmotivated to work.

Here are some ways to unleash the leader within your team by treating them as such and not as doers. They are not meant to be comprehensive or perfect, but rather to get you started.

1. Rules that enable rather than forbid

See here how companies need to shift from a “culture of scarcity” to one of abundance. That requires a new approach to rules and policies.

Most companies have rules that are based on a command and control mentality that was originated in the Industrial Revolution. Managers made sure people showed up, did their job, and followed the policies.

The problem with the command and control approach is that it doesn’t promote trust. Rules control how and what people should do, rather than enable them to act freely and do what they believe is best for the company.

Also, corporate rules tend to be one-way. Employees are supposed to clock in and out but are expected to reply to work emails during the weekend.

Netflix’ unlimited vacation policy is the opposite — rather than tracking time, it focuses on performance. When a culture is built around accountability, people behave like adults — there’s no need to cheat.

2. Delegate decision-making rather than tasks

It is rare for a senior executive to admit that she is not good at delegating. The problem is that they task people with managing projects, but don’t delegate decision-making. No matter how empowered a team is, in the end, they always need their boss’ approval.

Real delegation includes full accountability — to be responsible for both actions and repercussions. You can start by encouraging your team to make decisions in small doses.

“Safe-to-try” decisions are an excellent way to develop a self-management system. It moves teams into action rather than waiting for the perfect solution or for the boss to chime in. To accept or reject a proposal there are two questions the team should consider:

There’s always time to course correct. Let the team adjust its path based on actual feedback instead of hypothesis based on fear or anticipation.

3. Trust people over the process

Zappos empower its employees to make independent decisions versus telling them what’s right or wrong. An employee can send a new pair of shoes free of charge to a bride whose shoe order never showed up without asking anyone for permission. Solving the client’s problem is priority number one; employees use their best judgment rather than follow a rigid process.

Do you encourage your team to follow or break the rules?

What is it most important? To get the job done or to follow the process? Rules shouldn’t limit your team’s ability to perform their job. Breaking rules are not something bad when done with a purpose — here’s a method to do so.

To read more of Gustavo Razzetti’s helpful tips on how to succeed as a manager, please read his fascinating Linkedin article on how to treat your team like adults here.